The simplified model: without tracing​

To get started, we focus on the simplified model where tracing is removed. This allows us to focus on Bulletproofs and Ristretto ciphertexts.

Note (layer 1): A note consists of a body and a list of signatures by the senders over the body. An asset transfer is executed simply by posting a transfer note to the Findora ledger, denoted XfrNote for short. 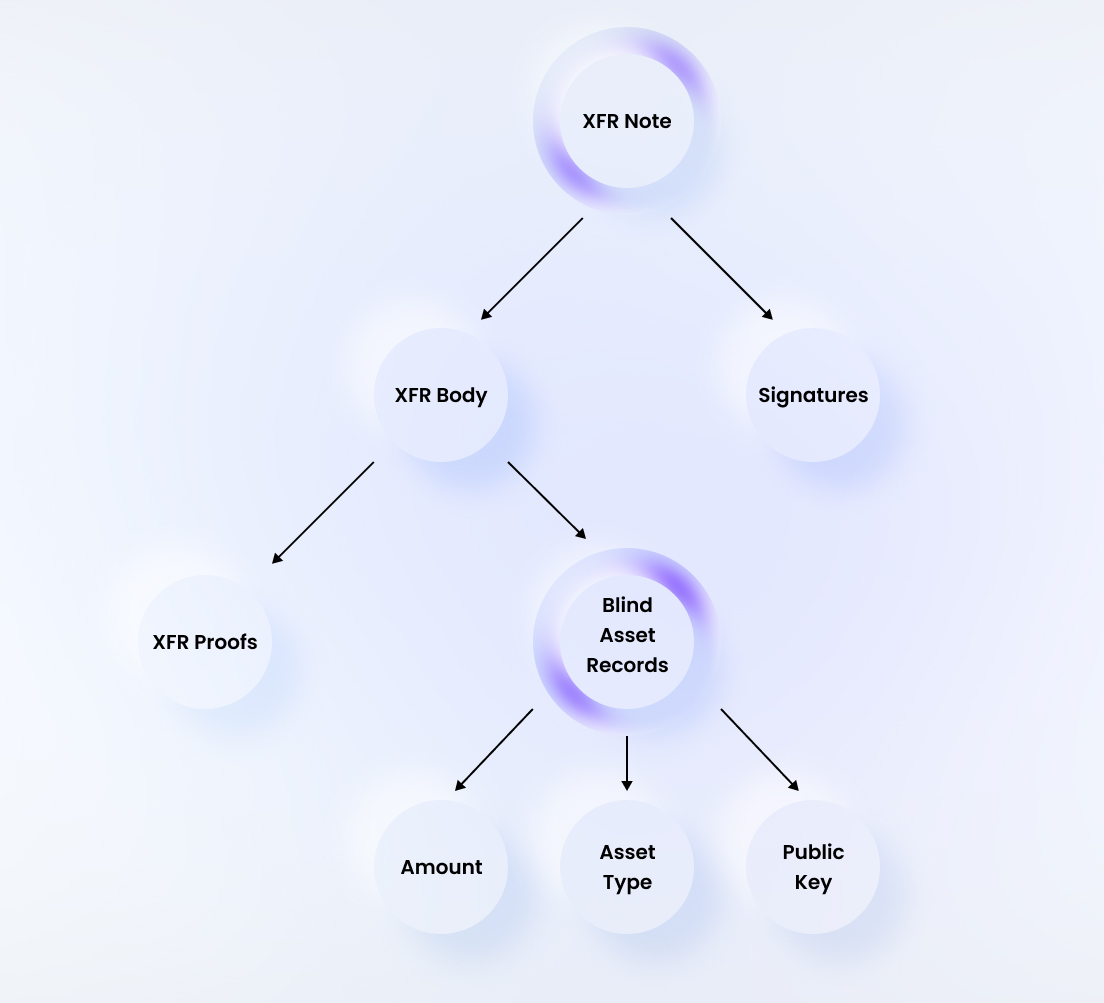 Amount and asset type proof (layer 3): A zero-knowledge proof that certifies that the blind asset records of inputs and of outputs are matching. It has five possibilities:

Owner memos (layer 3): The owner memo is an encryption of the secret information necessary for the recipient to spend the assets. The owner memo consists of two parts:

Prover: The prover wants to demonstrate the following range claims:

The mixing proof checks if the inputs and the outputs are matching. Different from the range proof, the mixing proof is able to handle different asset types.

The mixing proof uses the Bulletproofs-based mixing protocol, which is part of the Zei library and is documented in the Cryptography Module.

The complete model: with tracing​

We now describe the complete model of confidential transfer, which additionally includes asset tracing proofs and tracer memos. These two are corresponding to the tracing policies of a given asset. We now describe these three structures.

The asset tracing proofs are used to show that the tracer memos, which encrypt information about the transaction, match what is exactly in the transaction. It consists of three parts.